Co-founded in 2016 by Charlotte de Oliveira (2011 Grande Ecole Programme) and her husband, Castas & Climas is a French international commerce consultancy, specialised in the Brazilian wine and spirits market. Their objective is to help professionals in the wine and spirits sector to conquer the Brazilian market. Interview.

Brazilian wine is gaining traction around the world, why would you seek to increase the presence of French wines and spirits in Brazil, rather than the other way around?

With 330 million bottles of wine produced per year, Brazil is the 3rd largest wine producer in Latin America. However, despite considerable efforts by Brazilians to improve the quality of their wines over the past decade, barely a quarter of the production is of similar quality to European wines.

Brazil is also the largest importer of wine in Latin America. And, despite the 110 million bottles imported each year, a further 45 million are required to meet the growing demand for fine wines. As a result, the country is structurally dependent on imports.

That is a big market for France to take advantage of.

What were the most difficult aspects of setting up your own company?

Some lengthy administrative tasks, and getting the initial funding.

First of all, satisfied customers, because that it the most important thing! Also, the realisation of several projects, the key one being the launch of our own range of wines under our own brand. But also the creation of an online boutique at www.castaseclimas.com

Have you ever considered making use of the emlyon forever network, which is now set up in Brazil?

Of course, but it was a little premature until now. In 2018, I will contact the alumni. It always an enriching experience to exchange and discover things in common.

What is your best memory from emlyon business school?

My best memory is definitely from Copenhagen, rather than Ecully! Thanks to international agreements, students can benefit from extraordinary study and life experiences abroad. Leaving your comfort zone to explore new horizons if often the best way of getting to know yourself better.

If you were a wine, what wine would you be?

I’d go for the Côte de Nuits: a Vougeot ... but a white one! More precisely, the Premier Cru "Le Clos Blanc de Vougeot". The production of this wine has been a monopoly since its Cistercian beginnings in the 12th century. Today, it is in the safe hands of the Vougeraie domain. It is an original wine, elegant, authentic and generous. It has character and is not afraid to be different from its neighbours, prestigious though they may be!

What advice did you take from emlyon business school?

Accept that you might not know something, give yourself permission to keep learning and persevering.

Which would be the hardest sense to lose: sight, taste or smell?

I think I’d have to sacrifice sight. Ageusia (loss of taste) and  anosmia (loss of smell) would mean that I couldn’t work as a sommelier anymore. Not to mention that blind tasting frees us from any pre-assumptions based on a wine’s aspect or colour! 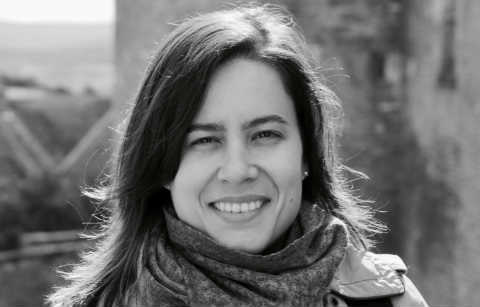