Graduated from emlyon business school in 1996 with a major in Finance and Entrepreneurship, Patrice Chessé is a passionate entrepreneur. He has also spent more than 15 years with entrepreneurs, coaching and helping them to find the necessary resources to start or grow their enterprise.

Patrice moved to Quebec in 2012, and has participated there in the creation of several training centers for adults. His latest one, Dynamiques convergentes, aims at facilitating the emergence of an entrepreneurial spirit amongst the public.

He is also a teacher, a mentor and a trainer in creativity, entrepreneurship and innovation at HEC Montreal, Concordia University and Futurpreneur, to name only a few.

Hélène graduated from emlyon business school in 2005 and started her career in Paris before moving to Berlin 5 years ago. She works in Real Estate.

Previously, she has worked in Sales and Business Development, mostly in start-ups. She is passionnate about Berlin and is currently writing a book on the city.

Hélène is willing to redevelop the region of Berlin which has a great potential! 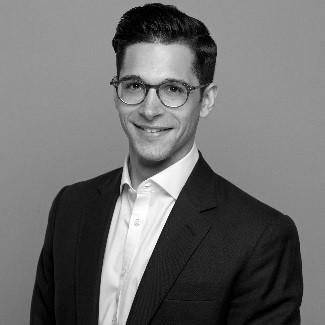 Jonathan earned a Master Degree from emlyon business school in 2013 with a concentration in Financial Engineering. Prior to this, he also participated in the highly selective International MBA program at Lingnan College in China, developed in collaboration with MIT Sloan School of Management. He is both French and American, speaks English, French and Spanish and has run his first New York City marathon in 2016.

After 2 years in London where he was working as an analyst in the Leveraged Finance team at Société Générale, Jonathan relocated to New York within the same team for more than a year. In April 2016, he joined Riverside Risk Advisors, an independent advisory firm offering unparalleled expertise in hedging interest rate, currency, equity and commodity risk.