Samuel Auzols (Raptor Lab): "emlyon business school encourages its students to take charge, to create, to be actors, and to be passion about entrepreneurship" 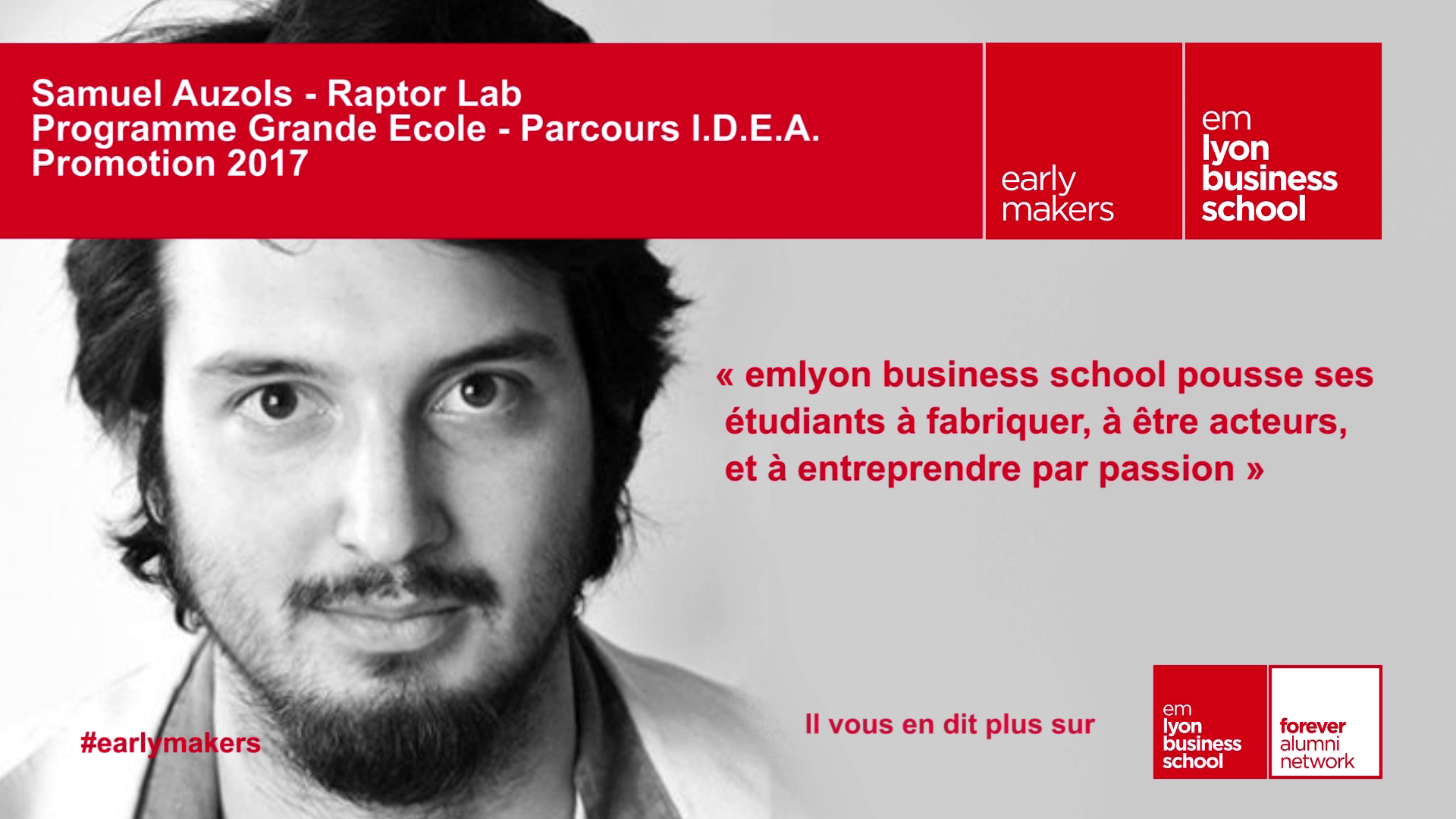 Raptor Lab is making a lot of noise in the sphere of virtual reality. At the head of this Lyon-based start-up is Samuel Auzols (IDEA, design innovation 2017); he and his two associates develop a technology to enable users to move in a virtual world while remaining motionless. Let’s find out more…

How did Raptor Lab come to be?

I have known Kevin, co-founder of Raptor Lab, for 8 years. We had already worked on projects together and in particular a system similar to the Kinect developed by Microsoft. The idea is that the gamepad is the player. Virtual reality (VR) arrived while we were studying, and we realised that our previous work corresponded to some existing VR research and that, in fact, we had a bit of a head start. While at emlyon business school, we released Art of Fight, a military combat simulation. We soon had 5000 users. Eventually, we stopped studying to develop Raptor Lab.

How did the management school react?

They immediately supported us. They took the project very seriously and I felt a real change: from student status we became representatives of the school and its know-how.

What is so special about Raport Lab?

One of the problems with VR is the nausea it can cause (cynetosis). We solved this problem by offering users to enact gestures to "trick" the brain. The mode of travel designed by Raptor Lab is also innovative: the players move while remaining motionless, thanks to wireless gamepads used as ski poles. They move using their arm strength.

What does the VR market represent?

This is clearly a niche market, still reserved for a few gamers. But there are also people looking for new and innovative products that lend themselves to VR. By developing VR games today, we are preparing for the future of virtual reality. There is still much to invent and many problems to solve before this technology is found in every living room. But the current technology is laying the foundations of VR.

What do you remember from emlyon business school?

emlyon business school encourages its students to take charge, to create, to be actors, and to be passion about entrepreneurship. It is a very stimulating environment.

You yourself organised the first edition of Hack Business School…

Yes in the I.D.E.A. Program. I worked a lot for the smartUP association. My parents are both teachers, so I probably I inherited I love of passing on knowledge from them.