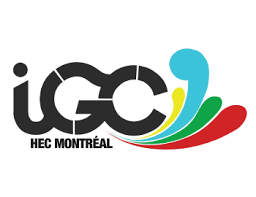 A multinational team of International MBA students (composed of Charles Warren from the US, Christian Bonaparte Nordendorf Olson of Denmark, and Itishree Gupta and Saurav Raychaudhuri, who are both from India) was ranked second among the four finalists during the 6th edition of the International Graduate Competition, which took place at the end of April at HEC Montreal.

This international competition, which has attracted participants from schools around the globe (Australia, Canada, France, Thailand, and the United States, to name a few), pits teams of four students against each other in a challenge to conceive a new growth and internationalisation strategy for the Ecotech Montréal Cluster within a given timeline.

The emlyon business school Early Makers team was commended by the Vice President for its clear understanding of the context and constraints faced by the cluster, and the quality of its entrepreneurial approach.

Charles Warren, one of the four participants of the emlyon business school team, also won the prize for the “best presentation by a candidate.” The team was put together by Ricky Moore, professor of entrepreneurship and Director of MSc in Global Entrepreneurship and Innovation. A big congratulations to them!